Ghost story for young kids about an annoying ghost standing in the way of a child’s midday snack.

Some of the best stories you’ve ever heard were probably passed down from storyteller to storyteller – across cities, states, even countries! Need proof? Here we have two storytellers telling the same ghost story but with slight differences. One teller is from the United States (Kansas), the other from Montreal, Quebec. See which one you like best! 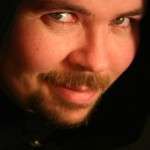 John David Hickey has been telling fables, folktales, and legends for over 15 years. He delights in telling stories from all over the world, but has a particular fondness for quirky, underdog stories. David has an animated, energetic telling style that appeals to both children and adults. He has performed in schools, libraries, pubs, cafes, and various festivals across Canada. He lives in Montreal, Quebec and tells tales in English and in French.

This author does not have any more posts. 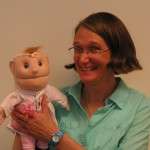 Priscilla Howe travels the US and abroad (Brazil, Germany, Bulgaria, Mexico and Belgium, to date) with a bagful of puppets and a headfull of stories. Her favorite audience is the one in front of her at any given moment. A full-time storyteller since 1993 and a former librarian, Priscilla lives in Lawrence, Kansas. She’s also searching for the best restaurant pie on earth.

This author does not have any more posts.

The Ghost of Fiddler’s Rock, Tennessee